What are earthquakes? And what are the effects?

Imagine that you lived in Tangshan, China in 1976. You went to sleep, and around 3:42 AM, you were awakened by a big jolt. This big jolt was the Tangshan Earthquake of 1976, a strong earthquake with magnitude 7.5 (1). Earthquakes occur when the ground shakes, but it’s much more complicated than that.

First of all, what are earthquakes? An earthquake is the sudden shaking of the ground caused by seismic waves through the earth (2). The shaking can cause buildings to collapse, so earthquakes can even lead to death.

Earthquakes occur when rocks break underground along a fault (3). Faults are zones where rock masses move in relation to each other. Usually, faults are located along tectonic plate boundaries. An earthquake begins at the crust of the earth, where seismic waves come from the energy that is naturally stored in the ground (2). Tectonic plates move slowly, but they sometimes get stuck while moving past each other. This builds stress, and, when the stress from the rubbing of tectonic plates overpowers the friction that keeps them stuck, the shaking starts (4). Where the rock underground first breaks is called the focus. The place above ground when the crust starts cracking is called the epicenter of the earthquake (3). Earthquakes typically occur in 3 main areas of the world. The biggest one is the famous “Ring of Fire,” or more formally, the circum-Pacific seismic belt, located along the rim of the Pacific Ocean and holds around 81% of the world’s earthquakes. The second largest area is the Alpide earthquake belt. This belt covers an area from Indonesia to the Himalayas and the Mediterranean, and about 17% of the world’s earthquakes occur here. These earthquakes can be devastating, like the 2005 Pakistan earthquake which killed over 80,000 people. The last main area of earthquakes is called the mid-Atlantic Ridge. This area is mostly underwater, so earthquakes mostly do not affect humans. Notably, Iceland is on this ridge (6). 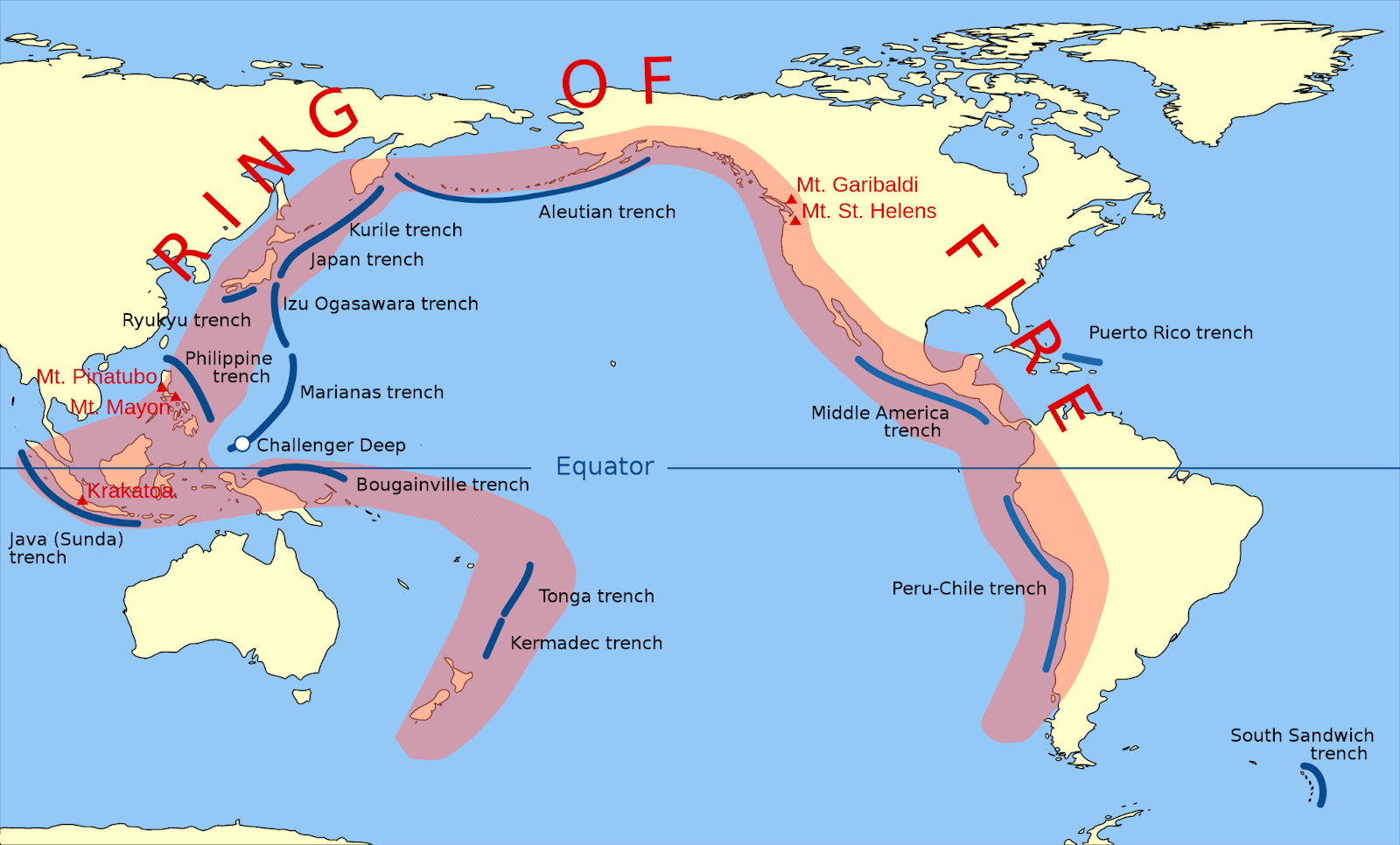 What are the effects of an earthquake? Earthquakes cause the destruction of buildings. In the Tangshan earthquake, over 250,000 people were killed as a result of the earthquake (1). Major underwater earthquakes can cause tsunamis, massive waves that can reach up to thirty feet (10). For example, the Indian Ocean Tsunami of 2004 was caused by an underwater earthquake of magnitude 9.1. It caused over 227,898 deaths in countries including Indonesia, Thailand, and Sri Lanka (7).

Earthquakes are more complicated than you might think. Tectonic plates, seismic waves, and many other components contribute to earthquakes. An earthquake can be powerful. It destroys buildings, and it shakes the ground to a breaking point. Now you know what might happen the next time a big earthquake happens.

This is the online home of Buckingham Browne & Nichols’s CHASM.